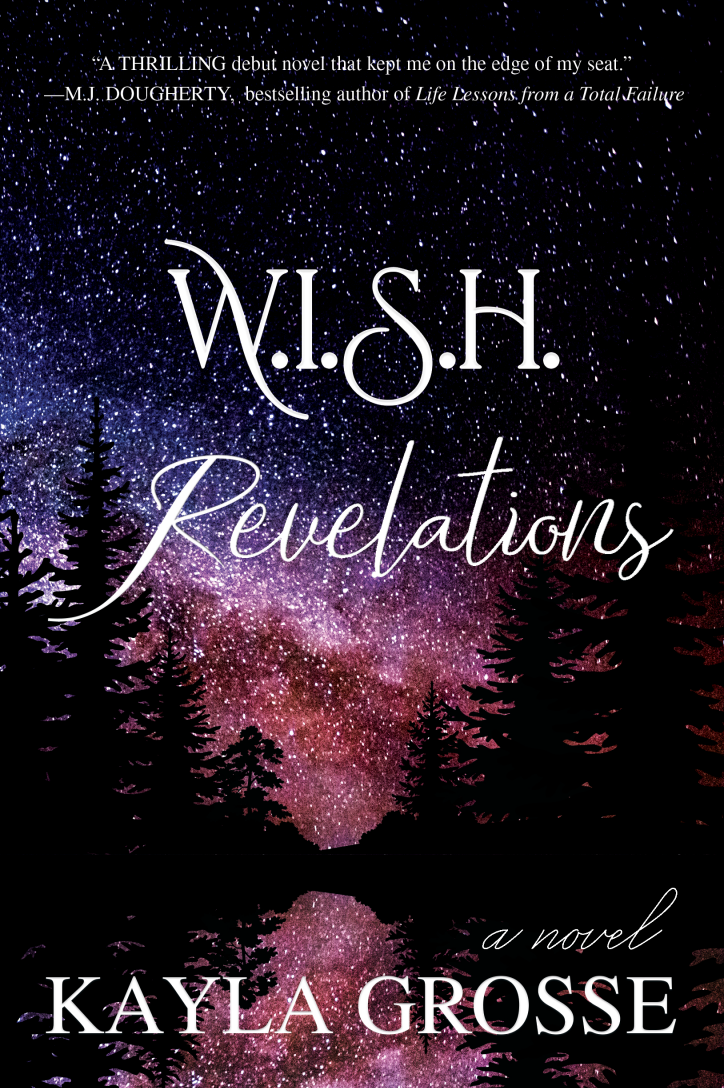 Last week, I read W.I.S.H. Revelations by Kayla Grosse. It is a fantasy debut novel about Sophia Black, who lives in a small town in Wisconsin. She soon realizes that what she wishes for comes true and at the same time meets new townie, Ethan Moore, that she can’t help but be attracted to. Sophia soon learns the truth about the unexplained events that have been happening.

For a first novel, it definitely made me keep turning the page and it was easy to read. I thought the idea of the magic system, getting what you wish for, is definitely interesting and unique. But, unfortunately, that’s where my list of pros end. Fantasy is a hit and miss for me. In W.I.S.H. Revelations, there were too many misses.

Some of the things I didn’t enjoy reading is the characters, the character interactions and the “instalove” between Sophia and Ethan. Instalove is when two characters fall in love instantly at their first meeting.

Other relationships didn’t feel real to me. The relationship between the different characters were underdeveloped or seemed awkward. For example, Sophia’s relationship with her best friend, Ana. I understand they are best friends but I felt like Ana was acting more like a mom rather than a friend.

At times, Sophia would be sarcastic or tease but it came off as mean or rude. I couldn’t relate to Sophia, even a little. In the beginning, she seemed like a typical girl living in a small town with an affinity for Superman and Chucks. That I could relate to. In the last half of the book, it seemed like she did a total 180 in the personality department. She was telling us that she wanted to help people but the way she acted and talked, I didn’t believe her.

I appreciate the effort and the general idea for W.I.S.H. Revelations but there were too many things that I didn’t enjoy. This book wasn’t for me.